AppMgr Pro III Mod Apk is an application for people who frequently have problems managing their applications, especially those with large
4.4/5 Votes: 14,748
Report
Developer
Sam LuVersion
5.22
Updated
July 15, 2021Requirements
4.1 and up
Size
5.9M 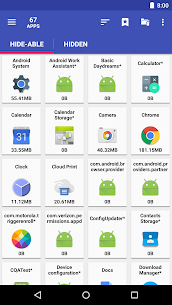 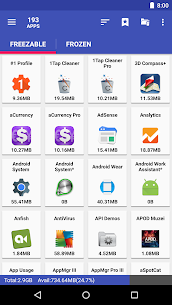 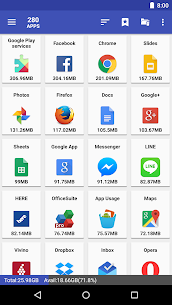 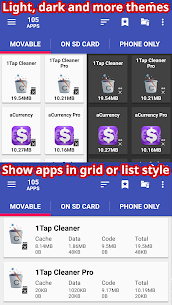 AppMgr Pro III Mod Apk is an application for people who frequently have problems managing their applications, especially those with large memory that need to be cleaned up immediately. It can be said that it is a library management application that allows users to move, freeze, and hide all the app drawer’s necessary apps. Furthermore, the application manager is also reliable and versatile, providing users with many attractive features to interact with all applications on the device. Currently, the app has more than 50 million downloads and has received numerous reviews for its performance, giving users great benefits with their application library. 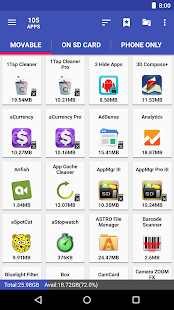 Most of the device’s apps will automatically show up on the screen or app drawer, and the user can’t access the app through the file. But AppMgr Pro III is different because it allows the user to change applications and all of their data to other folders. All installed applications are automatically saved to a location in the directory, and so will all of their data. And AppMgr Pro III can move those apps from the device’s memory to SD cards or export them to other sources. With that application, users will easily manage folders and optimize the device’s memory or SD card.

The default apps on the device cannot be uninstalled or removed from the app drawer, and there are even more tools that users never touch. If you think they are redundant and take up a lot of space in the app drawer, then AppMgr Pro III will help you remove them from the screen, but still be stored in the data.

The app’s interface will show all available apps on the device, but there will be a separate category for users to hide apps. Applications that can be hidden will be displayed in a list or grid line, depending on the user’s preference, and categories for hidden apps are included. Through it, users can access the hidden applications conveniently without having to search in the directory.

Many applications will work in the background to consume the device’s performance, but AppMgr Pro III will have features that make them permanently inoperable. It’s the feature that freezes apps, stops them from working, and can’t consume any device performance.

When the user uses them, any previously stored data remains the same, but the newly added attachment data disappears after each use. That feature will help the user’s device save the capacity of the memory effectively.

This is seen as an application manager, allowing users to interact with any application on the device, make copies, move, freeze, and even sharing. Application sharer is a versatile feature that helps users to distribute necessary data to connected devices. However, it only applies if the connection is via BT or Wifi-Direct.

If you have too many redundant apps but don’t want to delete them, then It will help you optimize your device memory, and interface perfectly.

With it, you can interact with any app and even comes with a smart interface for you to access hidden or frozen apps.

v5.09
★ support Android 11
★ App groups window: always show the filter option on the top toolbar
★ fixed: failed to move apps on some devices
★ updated text for the Dutch languages
★ send me an email if you'd like to help the translation
★ bugs fixed and optimizations 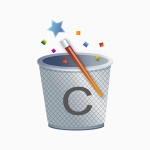 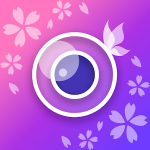 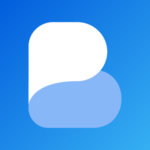 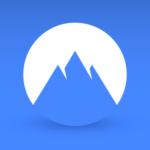 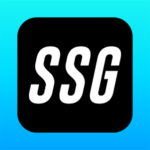