Kritika The White Knights Mod Apk is an online slasher game for mobile devices with many RPG elements. You have access to a huge arsenal
4.3/5 Votes: 880,667
Report
Developer
GAMEVILVersion
4.9.4
Updated
2 June 2021Requirements
5.0 and up
Size
94M 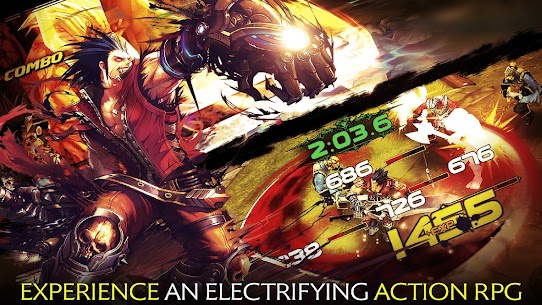 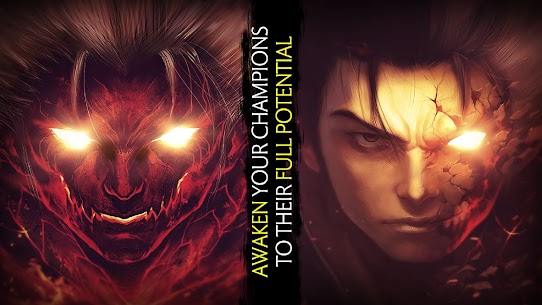 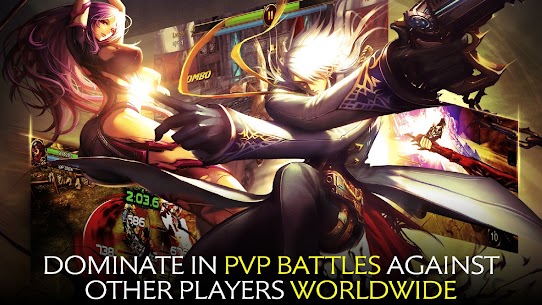 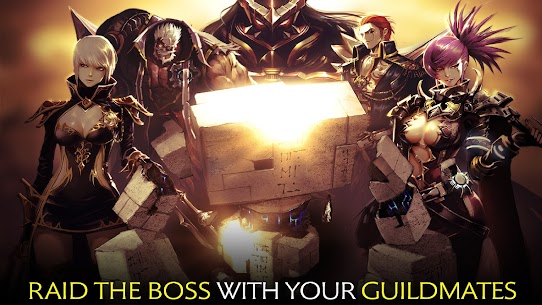 Kritika The White Knights Mod Apk is an online slasher game for mobile devices with many RPG elements. You have access to a huge arsenal of weapons and equipment. Improve all the elements, as their number is so huge that hardly anyone is able to get all the items. You have to kill a huge number of enemies, constantly evolving, collect and create new elements of weapons and armor. Fight bosses, participate in various game events and PvP arena battles to become the best of the white knights. 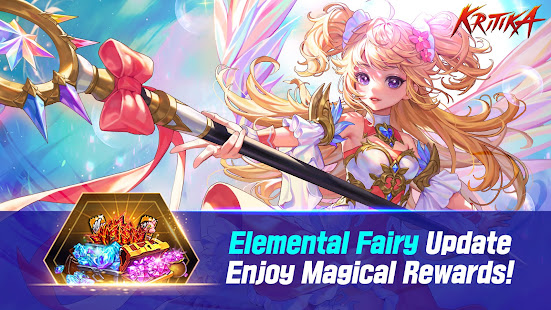 Kritika: The White Knights has over ten million downloads with lots of extremely positive reviews about the game.

USE A LOT OF WEAPONS AND EQUIPMENT

Kritika: The White Knights places a lot of emphasis precisely on increasing the combat strength of the characters. The higher stat you have, the more deadly killing machine you are. You can improve your character by leveling up and upgrading skills, discovering more and more new ways to turn enemies into heaps of dust. In addition, by obtaining and creating new elements of armor and weapons, you also increase the combat strength of your hero. All elements of the knights’ weapons have its level of rarity and are available for improvement. Having obtained the best weapons and armor, improving them to the maximum level in the game, as well as your character, you can become a real machine for killing endless waves of enemies to beat more records.

VARIETY OF PVE BATTLES AND EVENTS

The developers of Kritika: The White Knights have tried their best on the gameplay component of the game. You have a huge number of missions available, where you have to fight with a large number of enemies. Hordes of opponents constantly fight against you, which you have to destroy on the way to glory and greatness. The simplest advice is to gather them all together and kill at once. It’s much faster and easier than running after each enemy one by one. In addition, bosses often fight against you. You need to find a unique approach for each of them in order to win at any level of development and difficulty. You will definitely remember boss battles for elaboration, an interesting variety of combat situations, as well as forcing you to find new tactics for different opponents.

In addition to the main mode for completing missions for pleasure, Kritika: The White Knightshas two more. Choose also an endless battle against computer opponents and a PVP arena where you have to fight real players. Fight against the army of AI opponents, constantly replenishing with ordinary enemies and bosses. Moreover, the longer you hold out and the more different enemies you can defeat, the higher the reward for your efforts you can get. The second option of additional battles is more interesting, since you will fight against real players. Arena allows you to go through a fighting battle against a real player using your skills. Victory depends on how well you upgraded your character.

The creators of Kritika: The White Knights have tried hard enough on the visual component of the game. Huge number of detailed locations, a wide variety of perfectly traced and detailed items, as well as the general atmosphere evoke only positive emotions. The interface is quite simple and convenient. The sound in the game is also at the highest level. You can hear a well-chosen soundtrack and cool sound effects during the gameplay.

Money is the main resource in Kritika: The White Knights. You have to constantly earn them in battles and spend on improving your character and equipment. Players spend a large amount of hard-to-get currency on the way to the top and high places. We give you the opportunity to immediately enter the ranks of the strongest players by downloading a unlimited money mod in Kritika: The White Knights.

The gameplay personifies an excellent combination of slasher and RPG-game – kill a huge number of enemies and unique bosses, develop your character, and also get and upgrade various items of equipment to the highest level. This process is hard and sometimes you need to repeat the same actions in order to save money. All the gameplay comes down to saving money. If you want to overcome strong bosses, you definitely need to upgrade your character. In our case, we have unlimited money feature that can help you in achieving results. In other cases, you have to collect money killing the same enemies and repeating quests.

Kritika: The White Knights is a great example of a good mobile MMO game. Here is a combination of a good slasher and RPG components perfectly woven into the game.